«Reminiscing on that, uh…
I remember they used to give us that free cheese…
A big block of that shit
Yeah, man I’m glad y’all ain’t gotta get that cheese
Man, I thank God my kids ain’t gotta see that cheese
Yo, you know what I’m saying?
You gotta feed it to them raw. Feel me?»

Renovating the ghettoes, moving me elsewhere
Daddy didn’t see pension they took his healthcare
Affordable housing and they fed us welfare
Showed us Tony Montana, teachers couldn’t care less
A young prince in Miami, son of a pharaoh
This is deeper than raps, I can’t run from the echoes
And I hear the screams
Under my mattress box springs, I still see the C.R.E.A.M
Mac 11 next to Grammy invitations
I’m never quiet, tell my niggas all my aspirations
No more beefing with rappers
It’s just murder or nothing
New positions to master, I perfected the others
Niggas shoot for the Magic, never heard of Matumbo
These are lucrative assets, golden words that will mumble you

This the biggest…
Corner store was the stage, I needed management
In a mansion that I could squeeze another phantom in
Negative people just seem to fail first
I said I’m a genius, put in the legwork
You step to my niggas, suggest you stay alert
No, I’ve never been lenient, nor a man of mercy
I stick my dick in her tell her my net worth
Then we stare at each other and see who catch first
A pretty chick, she resembles Stacy Dash
If it was her, she had to kiss my feet and lick my ass
Pussy nigga want war, til’ it’s «bonjour»
Those hitters sitting a bomb outside your mom door
Got your people alarmed cause we the armed force
Easy as leaking a song before I go on tour

Uh
Gang violence ongoing, let’s fight our own wars
Chicago been out of hand, the city lost its soul
Funeral every weekend or either you cremated
Homie’s son, he been murdered, he didn’t seem faded
Holding guns on the gram, out of my league baby
Real killers and hitters would rather live nameless
I got a homie I know with a twenty body count
Maybe once or twice a month he leave the house
Older brother, type to get a curly perm
Pappy Mason type respect for holding thirty birds
Never was a gangster, I just wanted in
No longer could I deny that I wanted a Benz
Booby gave me blessings and a root for me to win
I showed him my ambition in two different fields
Also, said I was a rapper, Booby here it is
Real talk my nigga, here it is 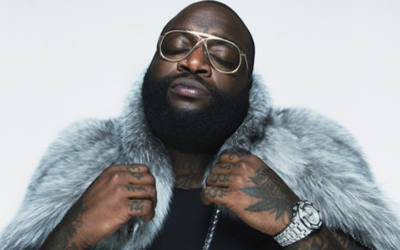