[Verse 1: Sean Price]
Yo, let’s play gats for hire
Slung when I was young I set stray cats on fire
Sick puppy, I shoot doberman pinschers
Now niggas think I’m crazy and I notice their whispers
I know that you novice, promoting your garbage
Pro bono, no homo, we toting the large shit
I wrote this rap on the stoop
Beat made my Stoupe, stupid with execute
Bet I rhyme slick, rhyme fuck your mind up the Jedi Mind Trick
Cocaine and weed shit, bet I’m high bitch
Blow strains, you bleed bitch let ’em die quick
P, totin’ the gat nigga
Up in the voter’s booth I’m voting for black niggas
I slump your resident, slap niggas who want Trump for president
P

[Chorus x2: Vinnie Paz]
You can say whatever, it can be whatever
Whenever you want it, we on it, we doing it better
Let the truth be told
We just stacking this cheddar
However we weather this storm, we lasting forever

[Verse 2: Vinnie Paz]
Either way somebody dying I will get him or his man
I got shooters from the bottom that will hit him for a band
I will chastise a disbeliever, hit him on his hand
Survivalist, I’m telling you I’m living off the land
Afghani indica I’m paranoid as dollar sign
Young boys will shoot this motherfucker like it’s Columbine
Equality and fairness an injustice of the paradigm
The fifty cal always close to me like a pal of mine
It’s no telling when the felon will clap
Donatello, I will leave a fucking shell on your back
Body in flame you gonna need a Relafen pack
See my money long I’m talking about an elephant stack
Tall man undertaker, haul ’em and I bag ’em
You getting close to fire, B, you talking to a dragon
I will line ’em up and let them know the whopper will blast
And the bullets hit a tree it’s gonna chop it in half

Альбом: The Bridge & The Abyss 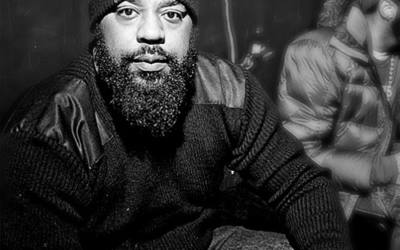 Tony Yayo — «Clown You When You’re Down»