[Verse 1: Chuck Strangers]
I want to thank God for this vibe
I’m just laid up high
Thinkin’ «fuck a job, I’d rather boss up on
Something I believe in»
Sonic and aesthetically pleasing
Niggas claiming they the best while Rakim still breathing
Do your Googles nigga
I’m in control of things
God and I move together as two
Manifesting the moves
Steady blessing the crew
We worry ya with the rhyming
Shoutouts to Oakland, but the warriors from Coney Island
On them roof tops, lit one up for 2Pac
‘Cause this is murder rap
Thinking how quick we grew up, low-key insane
My best friend she snort ‘caine, guess life was like a dice game
Should I risk it with the biscuit? That’s when the cops came
The dynamic of my whole block changed
Yo it’s a John Stark reality, New York mentality
Faded and miseducated, twenty-four years he made it
Now niggas can express they selves, yo
Sometimes I need to be alone
Turn off the MP’, shut off my phone and just zone
I think of home when I need to be strong
We’re rolling up, no more hitting the bong
It’s just different phases I’m on, when I be writing these songs
You can hear my heart sing the tales of the light that the dark bring
The dark sing pain and prosperity
Chopped the new shipment now I got all my equipment
So I’m plotting on some necklaces, Mercedes or the Lexus shit?
You could see it in my eyes, I got niggerish endeavors
They gon’ try to hide or make it sound clever
While the metronome tick like a fake Rolex
I’m wondering who hoes next
I just wanna fuck you, singing ass bitch
Don’t take the curve personal, I’m just not tryna work with you
I’mma be stunting on all the lame niggas who pass me
When me and Sylvie drop Ashley, it’s no more being ashy, huh
And that’s my word
I been fiendin’ for progress as much as dollars
Fuck that tee, rock a collar
A business man is always proper
I can’t listen to what they taught ya
My flow is as pure as your daughter on her way to kindergarten
Now the conflicts is starting, and everybody watching
Plus your desire to be poppin’
Could have the illest nigga out here weighing his options
We past the days of «Yes, y’all and»
Most of my heroes ain’t balling, they falling
Step behind with the law
Can you counteract the allure and still score?
But what’s the higher level if your shit ain’t real
But my niggas be like playing they selves to have mass appeal

[Verse 2: Joey Bada$$]
Style Wars, it ain’t even ’bout the bars no more
Niggas just show boat, but really they got no flow
Mainstream sailing, gently down the stream
Flopping out the waterfall, a dollar and a scheme
But what does it all mean? Let’s take a dive deep way beneath the surface
You see, it’s clowns in the circus and they all lack purpose
Oblivious to what worth is
I’m serious, the brightest of ’em when it comes to spittin’ verses
I been sicker than your average, it’s practice
Nowadays rap is just deadbeats and ad-libs
It’s backwards, these bastards just disrespect the art that the forefathers never even passed ’em
It’s blasphemy, I gotta blast ’em
I see through your act, homie, can’t school me on passion
I’m about that action
They talk just to get a reaction
Me? I stay powered up, no battery acid
Sheesh, haha, You feel me like
Smooth flow just to get them limbs relaxing
Cut class just to give you these classics
My homie Chuck Strange told me shoot that actress
I said I move slow just to cruise through traffic 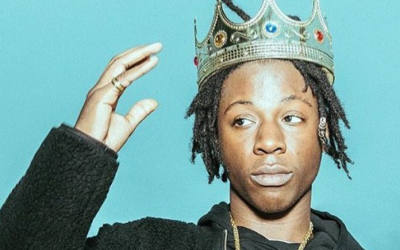