Paid off my dues, and that made me a boss
I ain’t trippin’ over shit that I’ve lost
Pick me a bag up
Shit on these niggas, I still know how to piss ’em off
I’m highly intoxicated
And, I’ve been that way, I ain’t change from the start
Making them hits, and I’m still on the charts
I’m still on fire, and you need a spark
I got a driver, I don’t gotta park
Got me an agent, I don’t gotta talk
If I hit the bank, I can empty it out
Still got some M’s left in my account
Just like Drizzy and 2 Chainz, nigga I got a big amount
She want some real nigga dick in her mouth
Just like a hoe, I be dicking her out
I’m ’bout to get me some dough
And slow bucks, is better than no bucks
I’m ’bout to pour me a four
Niggas can’t catch me, even when I’m slowed up
Like an old school, I roll up
I can smoke a cutie, with my balls up
That ice on me like Sub-Zero
Nigga, I stay froze up
Don’t watch me, better watch your bitch
I sold a hoe, when she chose up
More faces, Taylor Gang
And you already know what’s up
You don’t want no smoke with us
Big choppers, they loaded up
GO, my young nigga, on a money block, keep posted up

Got me a plug, he know what I need
Movin’ and jugglin’, servin’ them P’s
I got a bitch in the trap
No, she don’t pray, but she like to get on her knees
You know a nigga got needs
I make her bag up the weed
If she try steal it, I kill her
Bitch, don’t you try to play me
Yeah, take me a day, put some wax in the weed
I know some niggas, that will wreck you for free
Take you out your misery, in sleep
Just so they could say, they did it for me
I got the Gat from the government
Murder and steal everything that you see
Crooked cops, they can suck a cock
Killin’ niggas, and they get away free
I do whatever I want, and you do whatever you’re told to do
You gotta stay in your place, and me I’m just uncontrollable
I got the milles, on millies, on millies and meet
’cause that’s what I’m ‘posed to do
I get that work from the plug
And you get shit, from that nigga I sold it to
Bitch niggas take, when they can’t get no money
That’s only some shit, these hoes would do
Give me what’s mine it’s overdue
I got some money, that’s as old as you
I might pull up in the Bentley, and hop in the ‘rari
With Rocky, you know it’s true
Got some racks on me now
You call it green, my nigga you know it’s blue
Young niggas, lie to these bitches so much
That, I don’t think you niggas know the truth
I be so highly intoxicated, that I probably won’t even notice you

Triple six mafia, mafia
Smoked out, Smoked out
Loced out lo-loced out, smoked out 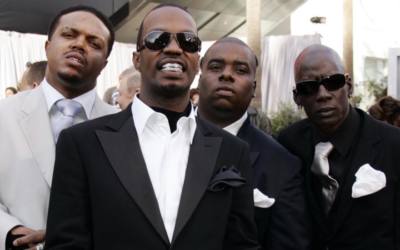 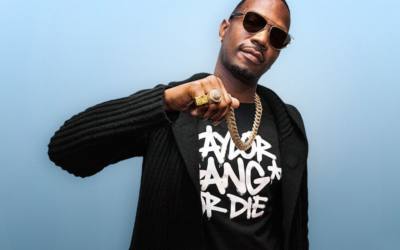