[Intro: Richard Pryor]
Lotta shit happens, like, being in show business
A lot of shit happens, like, like, I make a lot of money, you know
And I’m really happy about it
And I’m not bragging, I just wanna say something
I make a so—fuck, it’s ridiculous
But wait, wait a minute, wait a minute
Hey, if my father was alive today, I would go home and say
«Dad, I wanna tell you how much money I made»
You know what he’d say? «You’s a lying motherfucker
Joe Louis didn’t make that much money
Come in here, get your ass out the house
Coming here with that bullshit,» hah

[Verse 1]
Niggas hating on me, I ain’t used to that
Know a couple people wanna shoot for that
I say «No, no, no, chill, it ain’t no need for that»
Them niggas tryna blow and ain’t need me for that
And if it work for them, well shit, I’m cool with that
‘Cause how they feel, I ain’t got shit to do with that
I just sit back on cool and watch my paper stack
And trip off how much bread them crackers take from that

[Interlude]
Hell yeah boy, I’m a goddamn millionaire now
Hell yeah, nigga, they can’t tell me shit now, bro, hell no, fuck that
Bitch, got my first motherfuckin’ million dollar check nigga
I’m goddamn lit boy, you crazy as hell
Hold up, it’s my phone real quick, it’s my Unc’
Uncle Sam and shit
«What’s up Unc’? Yup. Hey, I told you that check was coming in, I gotchu when it came in. Goddamn, I’m a man of my word. Goddamn, I told you I’ma have it, and goddamn, I’ma have it for you. Hell, shit, damn right. Now, how much was it though? Uh huh. Huh? Half? Half nigga? You crazy, boy, you crazy. Bitch, you crazy as fuck. Bitch, bitch, you better suck half my dick!

[Verse 2]
Yeah, I pay taxes, so much taxes, shit don’t make sense
Where do my dollars go? You see lately, I ain’t been convinced
I guess they say my dollars supposed to build roads and schools
But my niggas barely graduate, they ain’t got the tools
Maybe ’cause the tax dollars that I make sure I send
Get spent hirin’ some teachers that don’t look like them
And the curriculum be tricking them, them dollars I spend
Got us learning about the heroes with the whitest of skin
One thing about the men that’s controlling the pen
That write history, they always seem to white-out they sins
Maybe we’ll never see a black man in the White House again
I’ll write a check to the IRS, my pockets get slim
Damn, do I even have a say ’bout where it’s goin’?
Some older nigga told me to start votin’
I said «Democracy is too fuckin’ slow»
If I’m givin’ y’all this hard-earned bread, I wanna know
Better yet, let me decide, bitch, it’s 2018
Let me pick the things I’m funding from an app on my screen
Better that than letting wack congressman I’ve never seen
Dictate where my money go, straight into the palms of some Money-hungry company that make guns that circulate the country And then wind up in my hood, making bloody clothes
Stray bullet hit a young boy with a snotty nose
From the concrete, he was prolly rose
Now his body froze and nobody knows what to tell his mother
He did good at the white man schools unlike his brother
Who was lost in the streets all day, not using rubbers
So right now, he got two on the way
Still sleep on covers in his mama house
She can’t take this shit no more, she want him out
On the morning of the funeral, just as she’s walking out
Wiping tears away, grabbing her keys and sunglasses
She remember that she gotta file her taxes, damn 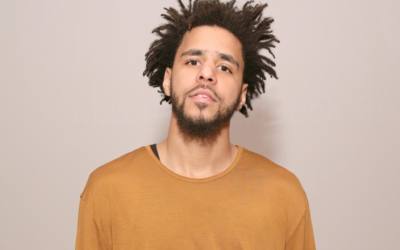